Let’s be honest, almost every office has that one person the rest of the team doesn’t really get along with. This could be for a plethora of reasons. Maybe they’re just into totally different things. Or maybe it’s worse and the employee is rude and unpleasant to be around. If the latter resides in your place of business, they may suffer from dark triad personality traits.

In this blog post, we’ll discuss what the “dark triad” is and how it affects businesses. Then we’ll show you how to properly deal with these kinds of employees. Ready to dive in?

The dark triad isn’t a reference to Harry Potter or Lord of the Rings — event though the term totally sounds like some kind of evil wizarding league set in a Hollywood fantasy world. No, the dark triad refers to a trifecta of unfortunate personality traits. Personality traits that, when found in the employees at your company, need to be managed with care.

These traits are Narcissism, Machiavellianism, and Psychopathy.

People who possess these traits can be very unpleasant to work with. They are often domineering, manipulative, and arrogant. They may even become violent. Fortunately, there are ways that you, as a leader at your company, can manage people with dark triad traits effectively and maintain harmony in your workplace.

The Three Pillars of the Dark Triad

Let’s dive into each of these dark triad traits, explain what they are, and discuss how to identify them in your employees.

Narcissism is characterized by feelings of intense self-admiration at the expense of others. People who possess this dark triad trait are selfish, vain, and crave the spotlight. Joffrey Baratheon from Game of Thrones is a great example. If you’re a fan of the show, you’ll understand his narcissistic tendencies.

But there are varying degrees of this condition. A hint of narcissism usually doesn’t hurt anybody. It becomes a problem, though, when the narcissistic person neglects to recognize the feelings of others. In extreme circumstances, general narcissism can become a genuine mental illness called narcissistic personality disorder.

Narcissism can be identified by themes of superiority. If you have an employee who’s constantly propping himself up, taking credit for the hard work of others or bullying co-workers, they might have this dark triad trait.

Niccolo Machiavelli was a 16th century Renaissance diplomat and author. He wrote The Prince, a famous work of literature that encourages politicians to act in unsavory ways in order to maintain power. Because of this, he is now the namesake of a dark triad personality trait.

Machiavellianism is characterized by a lack of empathy, manipulation, deceit, and a self-interested focus on personal gain. Think back to your childhood. Remember the Disney classic, The Lion King? Scar is an excellent example of Machiavellianism. He is completely devoid of empathy and manipulates his way to the lion throne.

If you have an employee that uses charm and friendliness as a means to a personal end, she may be a “Mach”. Folks like this are often emotionally detached, patiently seeking opportunities that will benefit them. Admittedly, Machiavellianism is often hard to detect because it can be subtle.

Finally, we have psychopathy, a character trait defined by a lack of empathy, manipulative behavior, and antisocial tendencies. It’s important to note that, should you identify certain psychopathic traits in an employee, they are NOT necessarily murderous criminals! It’s perfectly possible for someone to struggle with psychopathy and not break the law.

Just like Machiavellianism, psychopathy can be hard to spot. You’ll need to look at your employees and ask yourself which, if any, display unnaturally low levels of empathy for co-workers, or tend to manipulate their colleagues for personal gain.

The Effect of Dark Triad Traits in the Workplace

It’s not difficult to see how dark triad traits can be destructive in the workplace. If one or more of your employees display narcissistic, Machiavellian, or psychopathic characteristics, your entire office will suffer. Your other employees will feel uncomfortable, maybe even unsafe. And you’ll have your hands full constantly playing referee between them.

Furthermore, those with strong dark triad personality traits are often prone to unethical decision-making. Meaning your business as a whole could also be at risk of lawsuits if their shady deeds are discovered.

Fortunately, we have the answer for you! It is possible to effectively manage those with dark triad traits. Let’s discuss how.

Now that we know what each of the dark triad traits is and how to spot them, let’s discuss managing employees who have these characteristics.

1. Do an Honest Evaluation

The first step is to do an honest evaluation of your team. Which members are harder to work with than others? Why are they so difficult? Go through your entire staff and determine whether your troublesome employees display any dark triad traits.

Does he or she constantly puff themselves up at the expense of others? They might struggle with narcissism. Does he or she tend to manipulate their co-workers in order to get what they want? Classic Machiavellianism. What about empathy? If your troublesome employee(s) don’t display any, they might lean towards psychopathy.

Once you’ve honestly evaluated your team and determined who might suffer from the dark triad, it’s time to address them. BUT, this must be handled with care. You don’t want to trigger an episode or make a tough situation even worse.

So approach them when they’re in a good mood. Be honest with them. Tell them that they’re behavior is affecting those around them in a negative way. Give precise examples to back up what you’re telling them. And make it clear that they must change their ways.

Remember, you’re the boss. While addressing dark triad traits with your staff may be uncomfortable, you’re in the position of power. And addressing their poor actions is in the best interest of your entire company.

Finally, we need to say this. If you feel unsafe at any time during your meeting with an employee with dark triad traits, remove yourself from the situation. While rare, some folks, especially those who suffer from psychopathy, could get violent.

If you’ve handled step two correctly and your employee is able to respond in a reasonable manner, the next step is to work with them to identify triggers. Are there specific situations at work that cause their narcissism, Machiavellianism, or psychopathy to emerge?

For example, perhaps your difficult employee just can’t stand working with a certain team member. Every time he does, this other woman just drives him crazy and he loses it. As the team’s manager, you’re in a prime position to defuse these kinds of issues. Simply ask these staffers to refrain from working together. Problem solved!

Now, not every situation will have such a simple fix. But do what you can to remove those employees who struggle with dark triad traits from the things that trigger them.

Lastly, it’s important that you don’t support a troublesome employee’s bad behavior. Don’t defend them or make excuses for them. Not only will this enable them to continue acting poorly, but it will also alienate your other staffers and kill healthy team development.

If the rest of your staff is convinced that you’d rather support the office narcissist, Machiavellian, or psychopath rather than them, you’ll lose respect. You’ll likely lose your best workers too as they’ll eventually find employment somewhere else where the working environment is more enjoyable.

There you have it, four steps to properly dealing with difficult employees. If you manage a person or two with dark triad traits, these four steps will help you. But we’re not done yet. We have four special tips for you to keep in mind.

1. Look for the Dark Triad While Hiring

The easiest way to remove dark triad traits from your workplace is to look for them during the hiring phase. Then choose NOT to hire folks who have them.

Like we mentioned earlier, narcissistic, Machiavellian, and psychopathic characteristics can be hard to identify. Especially in a relatively short span of time like a job interview. But if you do happen to notice them in a potential job candidate, we recommend you hire someone else.

Eliminating those with dark triad traits from your place of work during the hiring phase is ideal. But what if your team already has these kinds of difficult employees on it? Or what if you simply weren’t able to identify the characteristics before making a job offer? One of the best things you can do is stand your ground.

Don’t be intimidated, swayed, or wooed by psychopathic, Machaevelien, or narcissistic employees. You’re the manager. You’re in charge. Handle the situation properly, but don’t let their bad behavior slide.

Equally as important as standing your ground is maintaining your calm. If you fly off the handle when dealing with those with dark triad characteristics, you’ll only escalate the problem. You’ll also show them that they can manipulate you to some degree.

The absolute best thing you can do is stay calm and handle their poor behavior in a rational way. It’s not always easy. But as a leader at your company, it’s your best course of action. So do what you can to keep your emotions in check and remain calm.

4. Cut the Cord if Necessary

Obviously, you need a legitimate reason for firing someone. You’ll need to double check the laws in your area. But generally, an employee that exhibits a large amount of narcissism, Machiavellianism, or psychopathy will likely commit a fireable offense. Especially if they get violent when aroused.

It’s never easy dealing with dark triad characteristics. But as a management professional, it’s part of your job description. Fortunately, the four-step process outlined in this blog post will help you. All you have to do is:

And while you’re at it, remember to look for the dark triad during the hiring phase. The easiest way to eliminate these personality traits from your workplace is to simply not hire those who have them. But since this isn’t a completely fool-proof plan, also remember to stand your ground, maintain your calm, and be willing to fire misbehaving employees if necessary. Good luck! 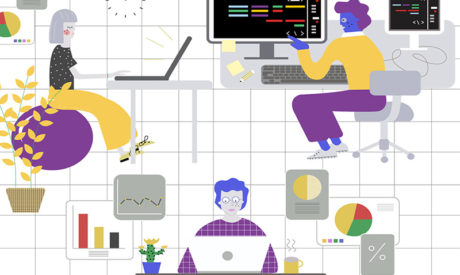 The Benefits of Teamwork vs. Working Independently

Last week, I started a tricky conversation with my coworkers. I stated that I prefer to work independently. 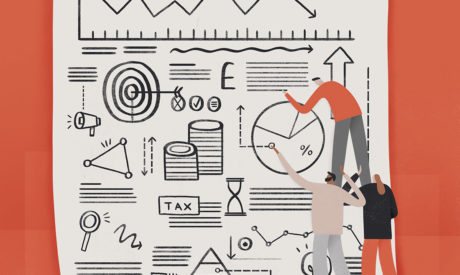 A Simple 5 Step Root Cause Analysis Process For Your Business

In this blog post, we’ll discuss what a root cause analysis is, and we’ll outline a simple five-step process you can use to conduct one effectively. 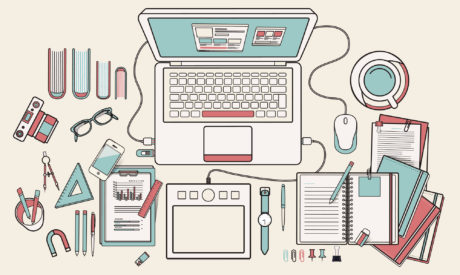 The Student Survival Guide to Productivity

Every student struggles with productivity. College is one of the first points in life where you have near full control over your own time. And while that freedom can feel great, balancing what you want to do and what you need to do can be a struggle. Ever meet a fellow student who did more in