There are many things my freelance life makes possible, from collaboration with great clients to midday workout classes. The common factor is flexibility.

I have the freedom to take on more projects if I find interesting work I’m excited to do. I also have the freedom to cut back if I want to visit a new place and spend my time slowly traveling through it. Being the master of my own time means my schedule can be bent and changed around as often as I’d like. As someone who is fascinated by productivity theory and work experiments, schedule-bending happens on a very regular basis.

For the past two weeks, I tested out my version of a 9/80 work schedule for what was effectively a four-day workweek. And while I concluded that it’s probably not the end-all, be-all schedule for me, it did change the way I thought about my time. The 9/80 work schedule give me the structure I needed to be extremely productive. As a freelancer, the extra day wasn’t a game-changer for me, but I was able to understand why shift workers loved it—and why you should try it.

A 9/80 work schedule is a compressed schedule. It is meant to produce the same amount of output as a traditional schedule while giving workers an extra day off for an automatic four-day workweek.

In a traditional 9-to-5, five-days-a-week schedule, you work 40 hours per week. Two weeks of work—ten days—adds up to 80 hours. With me still?

The 9/80 work schedule has you work the same 80 hours, but in just nine workdays. It usually breaks down into four nine-hour days, one eight-hour day, four more nine-hour days and a day off.

So every month, you’d have two extra days off, and on the days you work, your average shift would be about an hour longer.

Where the 9/80 work schedule fits into four-day workweeks

I’d long been interested in the four-day workweek. There are two main approaches.

The first is to go the route of European countries like France, the Netherlands and the UK, which in recent years have implemented regulations and funded experiments to reduce the number of hours worked while maintaining the same wages. (A company in New Zealand made headlines last year for trying it out, too, though it’s not yet common there).

In the European approach, workers go from working an average of 36 hours over five days to working 28 hours over four days, but are paid for all 36 hours. This version of a four-day workweek reduces burnout and increases productivity, but it’s costlier for companies and can make countries less competitive, according to the mayor of a Swedish town that tried a similar experiment.

It’s also logistically complicated to implement and can discourage workers from taking advantage of it, for fear of seeming like they’re not committed to their work.

The second option, more popular in the United States, is to have employees work the same amount of hours, but in less days. Employees work the same total hours, but in four rather than five days—voila, a four-day workweek. Forty hours of work in four days gets you 10-hour workdays. According to a 2019 report on flexible working, a third of organizations in the U.S. offer compressed workweeks, compared to 15% of organizations offering four-day workweeks of 32 hours or less.

The advantage of this approach to the four-day workweek is that organizations see a similar boost in productivity without having to pay for hours not worked. Disadvantages include potential burnout (since employees will have to work longer days) and logistical challenges.

The 9/80 work schedule the most common approach to the four-day workweek in the United States. It’s a way to give workers an extra day off while nonetheless working a the full 40 hours a week.

If you’re a shift worker, a 9/80 work schedule can represent a marked step change. Instead of handling customer service requests for your normal 8 a.m. to 4 p.m. shift, you’ll work an extra hour most days and have an entire free day every two weeks. That can mean a three-day weekend to travel, a dedicated day for errands and appointments, or free hours to spend with family or friends.

I track my hours with Toggl for several reasons. First, I have some clients who pay me by the hour. Second, hourly tracking allows me to calculate my profitability for lump-sum-based projects. And finally, I’m a data nerd who loves seeing the pie charts of where my time goes all week. But the truth is, I don’t actually need a clear breakdown of my day, hour-by-hour.

I’m not an hourly wage worker whose employer needs me to show up for a certain period of time each day. I don’t get overtime if I work more than eight hours a day. And I don’t get in trouble if I work less than eight hours a day. Most employment regulations don’t cover me; the government doesn’t care if I work a 14-hour day. Being self-employed means I make my own schedule—and that I have no guaranteed sick days or time off. I have to plan my own time away from work. This can be surprisingly hard to actually stick to, considering that work can expand to fill all available hours if I let it.

I didn’t really need a 9/80 work schedule for a four-day workweek. I can just go the way of some European countries and work less hours in general—but I wanted to trial it out anyways. My goals were to increase my own productivity, make it easier for me to take time off, and learn about how the 9/80 approach might apply to shift workers who want more time off but who can’t easily reduce their hours.

So I re-scheduled my week.

A regular workday for me usually consists of dedicated time in the morning for specific client projects, pausing in the early afternoon for food, working out, running errands and relaxing. Sometimes I’ll go back to work for a few hours in the afternoon to make progress on less urgent work, including pitching new clients and publications, keeping up with my accounting, or staying up to date on industry trends and research. Some days come in at eight hours of work, but the majority of my workdays hover at around four hours.

This month seemed like the right time to test out the 9/80 work schedule. I wanted to push myself to work more and to finish some important long-term projects. It was too easy to log off in the morning after sending off my completed client work and to call it a day. I needed to force myself to work through the afternoon on a regular basis to tackle the less immediate tasks. I wanted to get my business taxes done on time, redesign my accounting and invoicing system, dig through my overfull inbox and rewrite my website.

Forcing myself to work nine-hour days was less about taking a day off (I can take one of those whenever!) and more about using the structure for a sustained level of productivity over several days. And I did want to try out the whole take-a-full-day off thing—something I rarely do, as there are always emails and work to do. So I scheduled a Friday off for myself. I knew I’d have to take it, too, since a friend was coming to visit and we were planning on spending all day Friday at the pool and the rest of the weekend exploring all the bakeries and breweries we could find.

To prepare for my relatively intense nine days of work, I put aside my normal practice of writing a loose list of things to get done each morning and instead created an hourly schedule, estimating the amount of time I’d spent on each project and using Toggl to track each hour.

I didn’t end up working a full nine hours each day, but I did spend way more time working than I usually did. I checked off long-dreaded major projects (my taxes are in! a whole month early!). My energy didn’t lag like it sometimes does in the afternoon. I knew what I had to do, and I knew that if I could sustain a week and a half of productive days, I wouldn’t feel at all guilty about taking a three-day weekend completely off.

When the end of my near-80 hours rolled around, I felt absolutely zero guilt or anxiety about turning off my laptop, and not checking email for three days in a row. This allowed me to fully engage with my visitor. That in turn helped me feel more energized when it came time to log back in on Monday morning (and to start writing this article).

I still think the ideal four-day workweek would look more like the reduced weeks in Sweden (five six-hour days, for a total of 30 hours) or France (four seven- or eight-hour days, for a total of 28 or 32 hours worked). But in a world where employers both need employees to be present for all 40 hours but also want to allow them the flexibility of an extra day off, the 9/80 work schedule is an option to explore.

How to implement a 9/80 work schedule

Whether you’re a freelancer who charges an hourly consulting fee or a business who needs to have employees available certain hours a day, the 9/80 approach is a good way to try out a four-day workweek for shift-based businesses. This might include restaurants, medical facilities and retail businesses.

But you’ll need to check two things before implementing a 9/80 work schedule:

First, can your employees can work an extra hour a day without losing productivity? If you have a team of nurses, for example, can they work nine hours a day without burning out or causing bad patient outcomes? If you can maintain the level of work you need for your business to run successfully and your employees are in sync with that, you can start looking into giving employees a free day every other week in exchange for longer working days.

Second, look into your local employment regulations to make sure your company won’t need to pay overtime on nine-hour days (some places calculate it based on hours worked per day and others per week or per month). If setting up your employees’ schedules this way gives them two extra days off a month but costs you a ton in overtime wages, you might be better off with another reduced-workweek approach.

If you’ve decided a 9/80 work schedule works for you and your employees are excited about getting two four-day workweeks a month, Toggl can help you monitor scheduling and hours worked with just a few clicks. 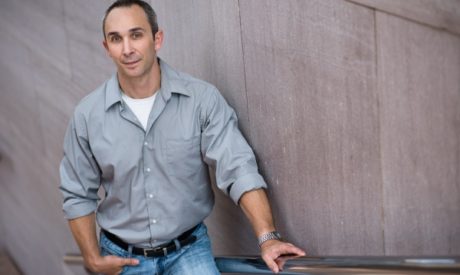 Want to Work More Productively? Don’t be Stingy with This One Thing

Jeff is an executive coach, leadership development trainer, and former Navy SEAL. He is a weekly columnist for Forbes and Entrepreneur as well as author of the book Navigating Chaos: How To Find Certainty In Uncertain Situations. 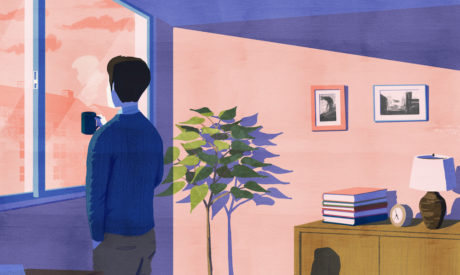 Why Your Productivity Increases When You Work Fewer Hours

There’s no sugarcoating it: You have a lot to get done. There are emails to respond to, meetings to attend, projects to complete and deadlines to meet.

If you need some inspiration to make your Monday morning a little less horrible, these productivity memes will do the trick. Ranging from humorous takes on office life to work jokes, these memes will help take the sting out of another day at the office. With a better perspective, you can tackle the week ahead