How Many Hours in a Week Should You Work?
Skip to content 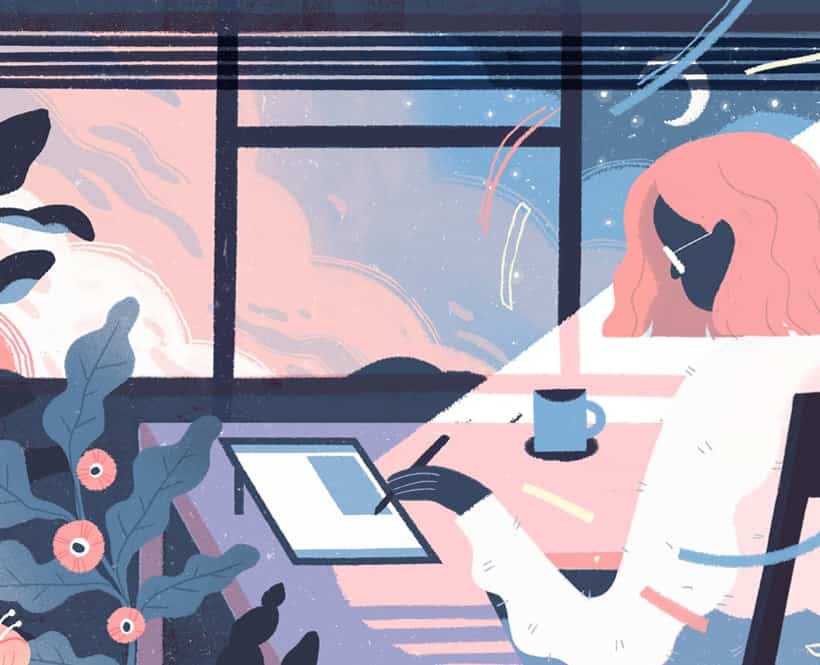 Jonah works the same schedule almost every single week. He clocks in at around 8:30 a.m. Monday through Friday, and wraps up his workday around 4:30 p.m.

Here’s a pop quiz: how many hours per week does Jonah work?

If you’re any good at math, you can easily figure out that Jonah is putting in a solid 40 hours—which is widely considered a “standard” workweek in many countries around the globe.

But here’s where things get a little complicated: is Jonah actually working 40 hours per week? Is he getting 40 hours worth of work accomplished? Or does that number simply capture the amount of time he’s present in the office?

You might be surprised to learn that Jonah is getting way less done than that schedule would indicate. That’s because the vast majority of us can’t maintain our productivity levels for a full eight hours a day. In fact, one study of nearly 2,000 office workers in the UK found that the average worker was only productive for about two and a half hours a day.

That presents a lot of questions. Why do so many organizations stick to an eight-hour day if workers can’t be productive for all of it? What are the risks associated with forcing our brains into that schedule? And, seriously, how many hours in a week should you be working?

Where Did the 40-Hour Workweek Come From?

Today, it’s not uncommon for people to think that the 40-hour workweek should be reduced to improve work-life balance and health.

But believe it or not, the 40-hour workweek was instituted in response to similar demands years ago. The Industrial Revolution forced many workers to clock increasingly long hours—we’re talking up to 80 or 100 hours per week. Those schedules weren’t sustainable, so union groups began advocating for change.

Like other societal changes, it was an uphill battle that took years. Ultimately, Henry Ford was an early adopter of the 40-hour workweek in the 1920s after realizing that longer hours didn’t necessarily lead to more output from his workers.

However, that schedule didn’t become federal law until the Fair Labor Standards Act was passed in 1938, making the workweek 44 hours, and amended in 1940 to 40 hours.

Are We Still Happy With the 40-Hour Workweek?

The 40-hour workweek has been a staple of most modern workplaces for almost eight decades.

But with “hustle culture” and its glorification of long working hours, along with the pervasive assumption that longer hours are required to get ahead, many people find themselves working more than 40 hours a week. Estimates vary, but one Gallup poll found that the average American actually works closer to 47 hours each week (and that 18% of workers clock 60-hour weeks).

Here’s the thing: the 40- (and 47- and 60-) hour-week isn’t working for us. Employee burnout has reached peak levels, with a separate Gallup study indicating that two-thirds of U.S. employees feel burned out at work.

That has led to some recent backlash against the traditional workweek, with many advocating that a compressed workweek would be better for both productivity and employee mental health, whether achieved with four 10-hour days or an actual shortened week of just 32 hours.

Several well-known companies have already introduced that schedule. Project management software company Basecamp does 32-hour weeks during the summer months. Shake Shack is reportedly jumping on the bandwagon and testing the four-day approach.

While there are some criticisms of a condensed work schedule, such as failure to keep up with the competition or meet work requirements, the idea continues to gain some traction. In a survey of 1,000 American adults, a whopping 53% of respondents said that they’d prefer a four-day workweek with 10-hour days over a five-day week with eight-hour shifts.

What Are the Risks Associated With Overworking?

A shortened workweek, whether it’s the same 40 hours compressed into four days or fewer hours overall, provides more opportunity for work-life balance, which can help prevent the many risks associated with overworking.

“Really, the question is ‘what doesn’t overworking affect or harm?’” says Christine Carter, Ph.D., author of The Sweet Spot: How to Accomplish More By Doing Less.

1. Overworking decreases the quality of our work.

“The amount of focus and energy you can sustain over a long period of time varies by person, but there comes a point where your ability to produce quality work diminishes,” explains Melissa Gratias, Ph.D., a workplace productivity coach and speaker.

When was the last time you felt like you were stuck at your desk in a never-ending work session? How much did you care about what you were producing? If your answer is “not very much,” rest assured, that’s normal.

More time invested does not, in fact, equal better output. In a study conducted at Boston University’s Questrom School of Business, managers couldn’t tell the difference between employees who actually worked 80 hours per week and those who just pretended to do so.

2. Overworking lowers the speed of our work.

“When we overwork, the speed of our work starts to slow way, way, way down,” says Carter.

Remember how Henry Ford noticed that longer hours didn’t mean more productivity? Modern studies also back that up. In a six-week trial of nearly 250 employees at a financial services firm in New Zealand, workers were 20% more productive after switching to a 32-hour week (while still being compensated the same) than they were during a 40-hour workweek. They actually got more done in less time.

3. Overworking takes a toll on our physical health.

“The body finds it really stressful to be overwhelmed and exhausted, so when you’re in a state of fight or flight, that affects all aspects of your health,” explains Carter.

You’ve probably heard the statistics and warnings before: there may be a connection between overworking and your risk of heart attack and stroke, and long working hours have been connected to obesity, particularly for older women.

Other health risks include the potential for poor circulation, higher cholesterol, lack of energy, and poor sleep. Put simply, your body isn’t immune to the impact of too much time spent cranking through your to-do list.

The physical effects of overwork are scary. But spending too much time in work mode can mean frightening things for your mental and emotional wellbeing, as well.

“[Overworking] impacts our happiness, our sense of satisfaction with our lives, and our ability to find meaning, fulfillment, and a lasting sense of joy,” says Carter.

One European study went so far as to discover that people who work long hours are twice as likely to experience a major depressive episode—especially if they work more than 11 hours per day.

So…How Many Hours in a Week Should We Work?

Sufficiently alarmed? We can’t blame you. But all of this discussion begs the question: how many hours in a week should you be working?

Well, like it or not, there’s no magic answer here. “Of course, as a psychologist, I believe that everything varies,” says Gratias. “There is no one-size-fits-all—it’s one-size-fits-one. One company. One industry. One worker’s ability to sustain energy and focus.”

With that in mind, Gratias says that it’s wise for organizations to examine their own employee work hours and conduct trials to find out what schedules work best for their workforce. “I don’t think we should operate under the assumption that the way we’ve always done it is the way we should continue to do it,” she adds.

But while she thinks that those trials and efforts can mean positive things for companies and their employees, she says that’s really only part of the solution. It’s not so much an issue of having more time, but what knowing what to do with that time.

That also applies to how we manage our time. “If we aren’t cognizant of what constitutes balance and we’re not doing the right things, more time to do the wrong things is not going to solve our problem,” Gratias adds.

Pay attention to what activities make you feel recharged. Is it taking your dog for a walk? Engaging in a hobby you love like baking, painting, or playing the piano? Is it some quality time with your loved ones? Understand what activities represent balance to you, and then incorporate those into your routine on a regular basis.

Where Do We Go From Here?

Unfortunately, even if there were a magic answer like, “Reduce your workweek to 32 hours and everything will be perfect!”, not all of us have that flexibility—and until all workplaces evaluate their employee work schedules, most of us are left to make the most of what we have right now.

The good news is that there are some strategies you can use to maximize your productivity while reducing your stress.

“The first thing is to be old-fashioned about your single task,” says Carter. She says it’s best to give yourself the option of doing just one thing. “Don’t task switch. Pick the one thing you’re going to do and do it as slowly as you need to do it. You’ll still finish faster than if you were constantly distracted,” she adds.

Gratias has another simple tip: use a single calendar and task list to organize your to-dos and commitments. “If our tasks are scattered, our focus is also scattered,” she says. “One calendar and one task list is a great way to start.”

While you may not be able to cut out of the office a few hours or even an entire day early, recognize when you’ve reached your breaking point—and then take a break when you need one. “[You] know when too much is too much because you feel tired,” Carter explains. “In their workdays, most people don’t focus for six solid hours. You can, but you have to break it up with breaks—and long ones, at that. Not a five-minute break to go to the bathroom in which you’re still looking at your phone. That is not a break. You have to give your brain a break from reading, looking at a screen, and focusing on anything that is delivering a lot of dopamine.”

Finally, tracking your time (with a solution like Toggl!) is an actionable way to understand how you’re making use of the hours you already have. “It’s a great way to enforce single-tasking and see what you’re really working on,” concludes Carter. “What you measure, you improve.”

Remember, there’s no magic formula for how much you should be working, and it might not be your actual schedule that’s the root of the issue—it could be what you’re doing with it that’s causing the stress and problems. Regardless of how long your workweek is, if you don’t change your habits, you certainly won’t change your life. 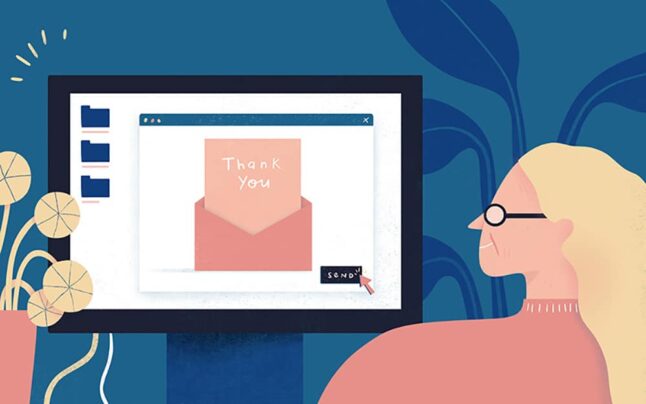 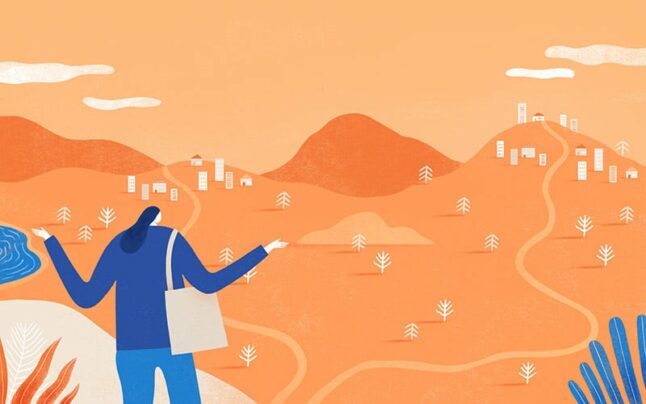 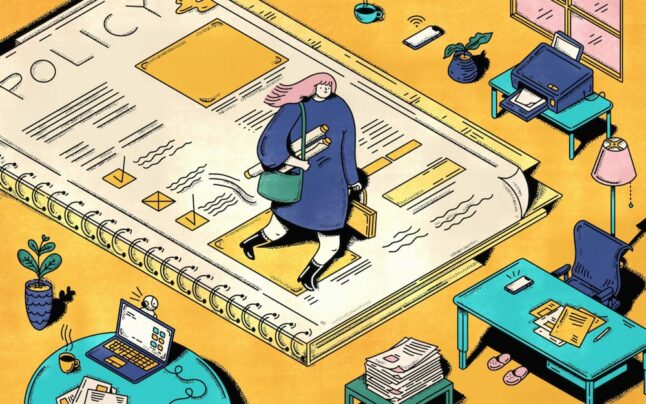 9 Things You Should Include in Your Work From Home Policy

Kat Boogaard
14 min read
Projects Managing projects gets a little tricky at times. Check out our resources to learn how to run your projects better. Check it out Talent Acquisition Finding recruitment a bit of a struggle? Dive into our resources to get the latest scoop on creative hiring tactics and techniques! Check it out Time, time, time! Manage your time better to get the most out of your day. Learn how to manage your time better and claw back those vital hours. Check it out Business Growth For those who are just starting up or taking your small business to the next level, we feel ya 😬 Check it out
Share This: