We hear so much about the negative effects of stress that we actually forget about why stress exists in the first place.

Everybody had that one friend at school that waited till the last minute to get his studying done. Or maybe you were that friend. Whatever the case, the last minute study push was – nay, still is – a powerful tool for getting stuff done. This is because stress makes us better at dealing with challenges. 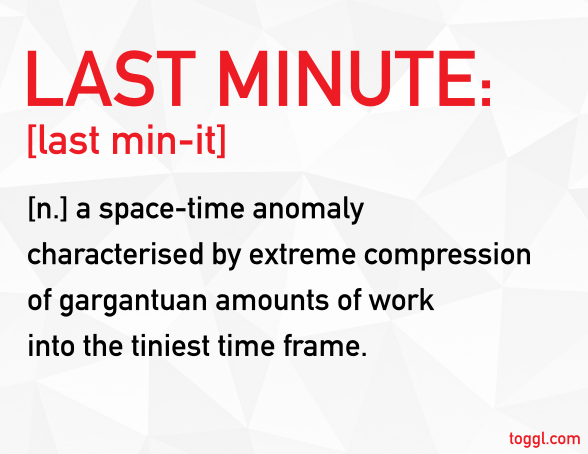 I’m not saying it’s a tool you should be wielding all of the time – piling too much to the last minute can push your stress levels way over the limit, straight into the miserable ball of tears and sweat phase.

The key to tackling challenges successfully, is to have just enough of anxiety to give you a performance boost. Basically, feeling just the right amount of anxiety helps you look at whatever situation you’re in more objectively.

So, instead of walking into a conference room full of people saying “man, I’ll just wing it,” you’ll use your moderate fear of failure to take preparation more seriously. Another term for this kind of productive stress is “optimal anxiety” – a state where we’re just upset enough to keep our heads in the game.

The science behind this is pretty simple – stress used to be a good thing before we started getting too worried about our tax return forms and performance reviews.

In our cave-dwelling, mammoth-busting days, stress was a superpower.

Namely, stress leads to the release of several hormones – the best known of them being adrenaline. This in turn helps us maximise our focus, prep our body and take down the mammoth (or its modern counterpart, the dreaded conference speech).

Fighter jets have afterburners to give them a massive boost in speed for a limited period of time. This is great for getting out of a sticky situation, but the planes can only run on afterburners for so long before they run out of fuel.

Humans have the Yerkes-Dodson law which states that you can only get so anxious about a challenge before your nerves get the better of you.

I couldn’t find a colourful enough graph to illustrate the Yerkes-Dodson law, so I went ahead and sketched it up: 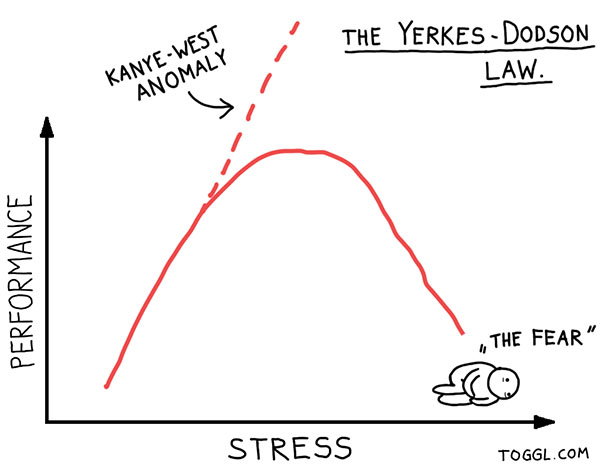 The key is to hit that peak in the middle, and then stop stressing. Easier said than done, that’s for sure.

In an ideal world, we would now move into a list of foolproof stress-relief tips.

In reality, you’ll pretty much have to figure out your own way to harness your stress. But one thing is certain – feeling anxiety before a daunting challenge is not at all a bad thing. It simply means your body’s ready to go and face the challenge, and that you probably aren’t wasting valuable prep time on Candy Crush.

And I think starting with that tiny bit of knowledge is as good a starting place as any. 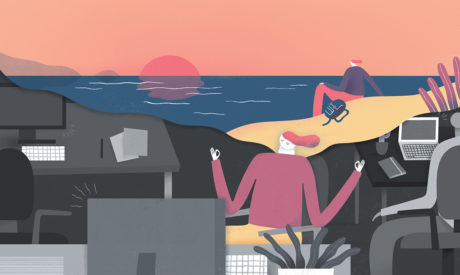 5 Tips to Help You Calm Your Nerves Before a Presentation

In this article, we share five tips you can use to calm your nerves before a presentation. 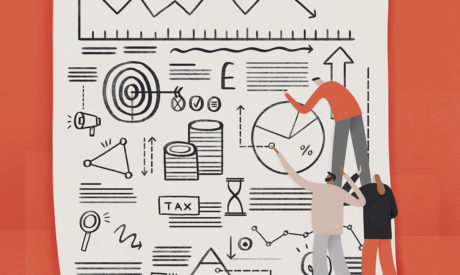 In this article, we’ll teach you what a business model canvas, why your company needs one and we’ll also show you how to use the framework effectively in just three steps.