If there’s one complaint that employees have about their tech startup leader, Mark, it’s that he has a raging God complex.

Seriously—it’s become the butt of many jokes. His team members vent about his perceived superiority at company happy hours and mutter comments under their breath around the break room coffee pot.

He has absolutely no idea.

In his mind, he’s an inspiring and approachable leader.

He assumes that none of his direct reports knock on his office door because they know he’s incredibly busy and they respect his time.

He thinks that they don’t speak up in meetings because there’s really no improving on his perfect idea.

He’s not invited to those team happy hours—but that’s only because it’s intimidating hanging out with the boss, right?

We know what you’re thinking—it sounds totally unrealistic that a leader and his own team could be on two totally separate pages.

But, as impossible as it might seem, it actually happens pretty frequently.

We’re all pretty good at overestimating our management skills.

According to a 2017 survey, 80% of leaders claim that they’re transparent with their employees. However, only 55% of employees state that they have a transparent manager.

Even further, 71% of managers say that they know how to motivate their team. But, only 44% of employees agree.

Obviously, there’s a dichotomy here that needs to be addressed.

Leaders think they’re knocking things out of the park, while their employees are left feeling unheard and unappreciated.

Of course, there’s no one quick-fix solution that will instantly transform a lackluster leader into a stellar one. However, there’s one big issue to address that will help managers be far more effective when leading their teams: the God complex.

What is a God Complex?

Chances are, you’ve heard of the God complex before—likely in the case of doctors and their responsibility to literally make life-or-death decisions for their patients.

But, while that’s the most common representation, the God complex can rear its ugly head in nearly any industry.

Put simply, this narcissistic personality flaw relates to a perception of perfection. Someone with a God complex sees himself as superior to all those around him.

A person having a God complex will always believe that he is perfection personified, and will expect to be treated that way, too. According to him, he will be forever incapable of ever making a mistake, and will never accept responsibility for anything that goes wrong,

-explains a fact sheet for PsycholoGenie.

An important thing to note is that a God complex is a real, psychological concept and not a label that should be slapped on just anybody.

However, it’s easy to see this high level of arrogance in business leaders—which can be dangerous.

My research and consulting experience show that there is nothing healthy or compelling about an arrogant leader. Such leaders harm their companies more than they help them,

-explains Tish Squillaro, in an article for Wired,-

They drain employee motivation, foster high turnover rates, paralyze entire departments and quell everyone’s ideas but their own. Arrogant leaders, like executives who operate from a base of fear, make nothing achievable—as teams that lack good leadership and motivation slide in productivity, creativity and drive.

Obviously, this level of over-confidence among leaders can have plenty of dire effects—as Squillaro eloquently explained above.

But, what other pitfalls come along with a God complex in leadership?

Here are several other drawbacks of arrogant managers.

1. They’re unwilling to empower their team.

It’s tempting to think that your role as a leader is to have all of the answers. But, the best managers know that, ultimately, their goal is to empower their team members to find the answers themselves—to explore and experiment until they land on the best possible solution.

When you’re stuck in a “my way or the highway” mindset, you won’t be inspiring your team to innovate and grow.

It all ties back to the age-old “teach a man to fish” sentiment.

Unfortunately, leaders who fall into the God complex trap are too busy doling out firm directions and instructions to let their direct reports learn for themselves.

And, while you might think you’re saving your team plenty of blood, sweat, tears, and time, that’s actually not a quality that employees appreciate.

In a Trinity Solutions survey published in Harry E. Chambers’ book My Way or the Highway: The Micromanagement Survival Guide, 85% of respondents said that their morale was impacted negatively as a result of being micromanaged.

2. They fall victim to a major power trip.

Let’s face it—leaders who view themselves as completely superior can really grate on their employees. They tend to become intoxicated with a power trip, which makes them all the more unapproachable and irritating.

Once you believe you have superhuman abilities—or that you are bestowing superhumanity on the rest of the world—you also tend to believe no one can or should stand in your way,

The best leaders are transparent, approachable, and supportive—not locked away in their ivory towers with a palpable air of arrogance.

Here’s the thing: Leaders with a God complex are unwilling to fail. But, as many leaders know, failure is often the stepping stone to success.

You need to be willing to implement a certain amount of trial and error in order to land on your best idea.

This is something that Tim Harford points to in his enlightening TED Talk: Trial, Error, and the God Complex.

He mentions Unilever and their quest to design the best nozzle possible. What did they eventually resort to?

Making a bunch of random changes to the nozzle design until they landed on something that worked.

Those who are too stuck in their ways will be unable to make those tweaks and changes and land on a better idea—a quality that Harford says is quite counterproductive.

Until then, until then I’m going to keep banging on about trial and error and why we should abandon the God complex,

-Harford says in his talk,-

Because it’s so hard to admit our own fallibility. It’s so uncomfortable.

But, in the end, it’s also necessary.

4. They fail to be relatable or approachable.

People who think of themselves as superior are great at showcasing their successes and triumphs—but, they rarely call attention to their faults and shortcomings.

Unfortunately, when leaders keep themselves and their work on a pedestal like this, it makes failure all the more intimidating and stigmatized for their teams.

And, when you want your employees to experiment, that fear of failure is going to hold them back from innovating and ideating.

Becoming a Better Leader: How to Combat a God Complex

There are plenty of potential pitfalls that come along with being an arrogant manager. Whether you currently see those things happening on your team or not, it’s wise to be proactive and take steps to be as effective and inspiring of leader as possible.

How? Here are four tips you can use to prevent a God complex from overtaking your management style.

We’ve already talked quite a bit about the importance of embracing failure on your own team. And, sure enough, this is one of the most solid first steps you can take to be a far more approachable and supportive leader.

Encourage your team to step outside of their own comfort zones, set stretch goals, and put their big ideas to the test. When something doesn’t work out? The secret is to learn from it—rather than reprimand.

Google is just one of many companies that utilizes failure is a learning tool.

Google managers don’t simply accept failure and move on. In fact, they spend as much time discussing projects that went wrong as they do talking about successful initiatives,

-explains Shana Lebowitz in an article for Business Insider.

If and when things don’t pan out as expected for your team, organize a sit-down where you can all discuss what you tried, what worked well, and what didn’t.

Not only will that effort normalize failure on your team (and, thus, reduce fear!), it’ll also reveal plenty of valuable insights you can use to improve moving forward.

2. Be open about your struggles.

While you might think that only drawing attention to your successes is a smart way to set a good example for your team, that’s not exactly true—and, subscribing to that philosophy can contribute to the image of superiority you might be fostering on your team.

There’s nothing wrong with showcasing your accomplishments. However, make an effort to be forthcoming about your flops and failures as well.

When a team member is struggling?

Share a similar experience when you were challenged yourself.

When you drop the ball on something important?

Take accountability, rather than trying to shift the blame.

The more transparent you can be about your own flaws, the more relatable and approachable you’ll become as a leader.

3. Focus on what you can do for others, rather than what they can do for you.

Yes, you’re the leader—which means your direct reports work for you. However, that doesn’t mean they live to serve you. Each of your employees is aiming to gain something from their experience working with you as well.

Unfortunately, phrases like these are easy to lean on when you’re in a leadership role:

Those are bound to slip out every now and then (hey, they’re necessary!). But, it’s important to note that they’re also very self-serving.

They emphasize what your team members can do for you—how they can make your workday easier, smoother, or more painless. They don’t provide any value for your direct reports.

Don’t forget to flip the script once in awhile and focus on how you can serve your team members. Even a simple, “Can I help you?” can go a long way in making you far more approachable and supportive.

Leaders with a God complex typically aren’t willing to listen to and consider the thoughts and opinions of others—even when they have some merit.

This is why it’s so important to ask questions.

Make sure that you also seriously consider the answer. Begin a conversation about that contribution, if necessary!

Asking questions is important. But, it won’t take you far in the eyes of your team if you don’t actually seriously consider the answers.

Ready to Be a Better Leader?

A God complex can be a real detriment for leaders. It destroys the morale of their team, limits the flow of ideas, and ultimately fosters a culture that’s contentious rather than productive.

If that’s not something that you want to experience on your own team?

We can’t blame you.

Fortunately, as the leader, there are a few things you can do to combat a God complex and ensure that you’re a suitable manager for your direct reports.

Use the information we’ve touched on here to your advantage, and you’re sure to motivate your team—rather than intimidate and irritate them.

How To Measure Personal Productivity?

Regardless of the long work days, does it sometimes feel that you should get more done? Maybe unknowingly you’re not as productive as you think you are? The only way to find out is to measure your personal productivity and we suggest you use Toggl time tracker for this. Here’s how you improve your time 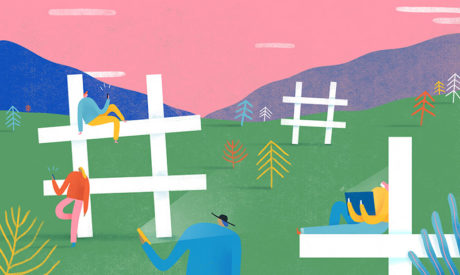 If you need more web traffic and you’ve exhausted your personal knowledge and your team’s expertise, you need a digital marketing consultant. 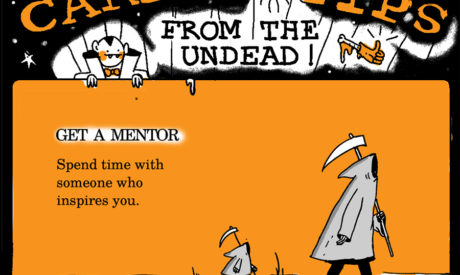 It might sound weird to take career tips from the undead, but they’ve been at it for a while. Elizabeth from War and Peas speaks to the dead (we think?), so we asked her top channel some hot tips from beyond the grave.