Way more than just a leadership style, the Leader-Member Exchange Theory captures the most important part of leadership: relationships.

Meet Sara. She manages a marketing team at a mid-size software company, and she’s in the process of planning a large project: a redesign of the company’s entire website. Sara doesn’t have the bandwidth to oversee this project herself, so she’s in the process of observing her team members to see who’s ready for the responsibility of spearheading this initiative.

First, there’s Landon. Despite the fact that he’s been on the team longer than any of his other colleagues, Sara is still reluctant to add more to his plate. In Sara’s eyes, he’s never proved himself as particularly competent and she simply doesn’t trust him to deliver quality work on time.

But then there’s Julia. Without a doubt, she’s one of the star performers on the team. Sara has continuously increased her level of responsibility, and Julia always exceeds expectations. Sara is quick to admit that she has no trouble trusting Julia—the two even grab lunch together every now and then.

With the scene set, it’s time for a pop quiz: Who is Sara going to assign the website redesign project to? It’s obviously Julia, right? When laid out on paper, this type of dynamic seems harsh—or at best, like blatant favoritism.

But anybody who heads up a team will be likely to tell you that this sort of scenario plays out all the time. There are simply some team members that you trust and even value, more than others. And, it’s this exact type of plot that perfectly displays the Leader-Member Exchange Theory in action.

What Exactly Is the Leader-Member Exchange Theory?

To put it in the simplest possible terms, the Leader-Member Exchange Theory (also referred to as LMX or the Vertical Dyad Linkage Theory) looks at the bonds that form between leaders and their various team members. It’s all about relationships. “It’s not just a look at the traits of the leader, or the traits of the follower,” explains Paul Thoresen, Organization Development Consultant. “It is about the interactions. LMX adds more context than leadership traits theories do. LMX was introduced in the mid-1970s, refined in the 90s, and is now one of the dominant approaches to understand leadership and its impact in organizations,” Thoresen adds.

Unlike theories or principles that focus specifically on the qualities of the leader, the Leader-Member Exchange Theory shines the spotlight on the most important part of leadership: relationships.

“It is very specific about the relationship of the follower and leader,” says Thoresen. “A positive spin on this is the potential focus on relationship building. In other words, it is about the quality of the relationship.” Because of this major emphasis on quality relationships with all team members (not just the ones that are already in the good graces of the leader), studies have linked the Leader-Member Exchange Theory (and the resulting inclusiveness) with numerous positive results, including:

“[It’s] a very practical theory with massive amounts of research on it,” adds Thoresen.

How Does it Work?

While the Leader-Member Exchange Theory itself was developed and introduced in the 1970s, it really started to take shape in 1987, when psychologists and researchers, George Bearnard Graen and Terri A. Scandura, suggested that LMX goes through three distinct stages. Those stages are as follows:

This occurs when a member first joins a team. During this phase, the leader observes the team member in attempts to identify their talents, motivations, and overall approach to their work. Graen and Scandura state that this phase can last for a few days or even just a few hours—depending on the specific circumstances.

After that initial phase, the team member begins to take on various tasks and responsibilities and actually work on projects. “The superior and member evolve how each will behave in various problematic situations and begin to define the nature of their dyadic relationship,” Graen and Scandura explain in their research.

While this dynamic is being established, the leader is mentally (albeit, oftentimes subconsciously) placing the team member into one of two groups.

In-Group: As the name implies, this is the group of team members that the manager trusts most. In the manager’s eyes, they’ve proven themselves as skilled and competent. As a result, they’re rewarded with things like promotions, learning opportunities, challenging and intellectually-stimulating assignments, and more exposure and one-on-one time with the leader.

Out-Group: In contrast, team members who have somehow proven untrustworthy or unskilled are placed into the Out-Group. They aren’t rewarded with the same opportunities and often have less access to management.

During this phase, both leaders and team members fall into their habits and routines based on the perceptions that have previously been established. This means good things for the In-Group, as they work to continue to produce favorable work and maintain their positive relationship with the manager.

Unfortunately, things are much more frustrating for the Out-Group. That initial impression is hard to shake, and they’re often pigeonholed into a self-fulfilling prophecy. Because the manager doesn’t trust them, they have less exposure to leadership and aren’t rewarded with opportunities for learning and growth—which then decreases their motivation to work hard, and thus further negatively impacts the leader’s perception of their work.

However, this is really where the Leader-Member Exchange Theory comes into play. It challenges leaders to check their biases “LMX suggests that it [is] the leader’s responsibility to initiate and develop a ‘partner’ relationship and that the follower reciprocates,” says Thoresen. “Conceptually, leaders would make efforts to develop quality relationships with all subordinates—not just the In-Group.”

Criticisms of the Leader-Member Exchange Theory

Despite the fact that the crux of the Leader-Member Exchange Theory is building better relationships with all members of a team, one of the most common criticisms is that it’s a fancy term for blatant favoritism.

“LMX may be seen as ‘unfair,’ especially with the language of In-Group and Out-Group,” Thoresen explains. “This may also have a negative impact on the entire group. As with many areas, even if it is not unfair, if there is a perception of lack of fairness, this can contribute to problems.”

Thoresen also explains that there is still a lot to be learned and established in terms of measurement and how things like organizational culture, norms, and values impact the relationship between leaders and followers—something that the current theory doesn’t necessarily take into account.

4 Tips for Building Stronger Relationships With All Team Members

One more criticism of the theory? Thoresen admits that it can be a “little weak” in terms of prescribing how leaders can establish and nurture better relationships with all of their team members—particularly those in the Out-Group. The goods news is that there’s plenty of advice and research (separate from what’s outlined with the Leader-Member Exchange Theory) that can help managers check their biases and lay the foundation for successful bonds across their entire team.

1. Pay Attention to Strengths (Rather Than Weaknesses)

When it comes to leading your team and managing resources, understanding weaknesses is a valuable piece of knowledge. However, where certain team members fall short becomes all too easy to obsess over—particularly when looking at members of your Out-Group. In fact, your laser focus on their shortcomings often means that you fail to recognize their actual strengths and skills. Put simply, your negative perspective on those team members could mean that you’re missing out on some valuable attributes that could serve your team and your company.

Resist the temptation to only notice the areas where they need development, and also take notice of areas where they excel. For example, when you stop constantly discounting that team member for their lack of public speaking skills, you’re more likely to notice their knack for data analysis. That gives you the foundation you need to begin recognizing their skills, assigning work accordingly, praising their accomplishments, and establishing a more trusting, positive relationship.

You probably spend more than enough time strengthening your bonds with the members of the In-Group, but your other team members shouldn’t be left out in the cold. Everyone that you manage should have equal access to your guidance and expertise.

It’s important that you schedule regular one-on-one meetings with all of your direct reports. This is a time when you can deliver feedback, ask thoughtful questions (more on those in a moment), and generally forge a more solid connection. These personalized sit-downs with your team members are incredibly important. They can be tough to quantify, but one MetrixGlobal LLC study estimated that consistent employee coaching conducted through regular one-on-one meetings produced a 529% return on investment. Needless to say, it’s worth your time to connect.

When you already have a less-than-favorable opinion of someone, it becomes far too tempting to jump to conclusions about every single one of their decisions and actions. You assume ill intent—even if there isn’t any present.

Resist that temptation and instead make it your goal to learn more about them and their approach to work. If you don’t agree with the certain way they handle a task, ask them why they tackle it that way as opposed to immediately writing them off as incorrect or incompetent. Additionally, asking questions to engage in deeper, more meaningful conversations can also lead to stronger relationships. For example:

Those types of questions demonstrate that you’re invested in all of your team members, and also equip you with valuable knowledge you can use to better lead and manage based on their unique goals and attributes. Don’t neglect the importance of asking some questions about their life outside of work as well. That can also help to establish a more personal connection.

Self-awareness is challenging, which means it’s not always easy to tell how you’re performing as a leader. In fact, one Harvard Business Review survey found that 24% of leaders overestimated their own skills.

This is why it’s so helpful to ask your team members for their feedback. What are you doing well? What could you be doing better? Of course, constructive criticism isn’t always easy to hear. But being open to these types of insights not only helps you figure out how you could improve, but it also demonstrates to your team that you value them and their opinions and care about being the best leader you can be.

The Heart of How You Behave as a Leader

When you boil it all down, leadership is all about relationships. It doesn’t matter what positive qualities you possess or what styles you implement—if you don’t know how to build solid relationships across your team, leadership will be a constant uphill battle.

That’s exactly what the Leader-Member Exchange Theory captures. Far more than a quick hack or a rinse and repeat approach, it reminds leaders of the importance of checking their own biases and behaviors and putting in the work to foster positive relationships with every single one of their team members (regardless of how different they are).

Needless to say, it’s an important theory for all leaders to become familiar with. “The relationship between LMX with positive individual, team, and organizational outcomes means to me it is worth understanding and applying,” concludes Thoresen. 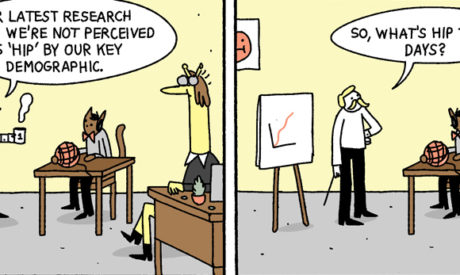 Welcome to Smiles Inc: A Different Type of Agency [Comic] 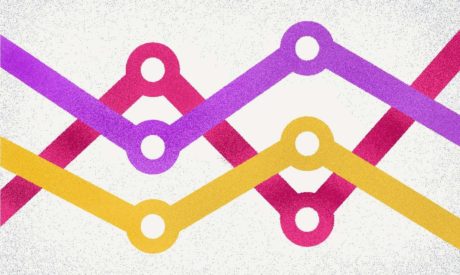 How to Maximise Your Profits With Insights 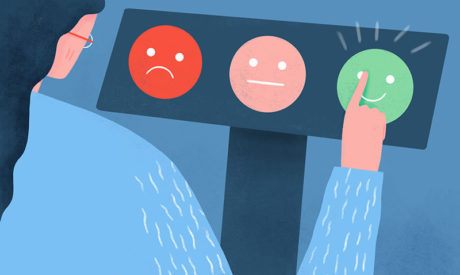 What is Good Customer Service?