I was an indecisive twenty-something graduate when I got my first job working at a trendy London startup. During onboarding, I was introduced to yummy office snacks, the biggest coffee machine I had ever seen, and benefits which included a monthly Deliveroo allowance and a subscription to Headspace.

One of the things that struck me most about working at this company was the general default to tolerance and transparency. It was a hyper-positive, emoji-fueled company culture which virtually took place on Slack.

There were thousands of Slack channels, enough for everyone to find their niche. There was one for dog people, another for cat people–there was even a channel dedicated to discussing the reality TV show Love Island. As a newbie, I was encouraged to join the mental health Slack channel. My manager simultaneously let me know that I could take mental health days off whenever I pleased. No need to show evidence–I could just get rest if I was having a bad day. It was great.

The evening after work, after joining the mental health channel, I got into a rabbit hole. I spent what felt like hours voyeuristically scrolling up and down the mental health channel. I felt both uneasy and fascinated as I read my colleagues’ stories of medication, panic attacks, grief, breakups, bipolar disorder, anxiety, depression, eating disorders and so on. It was like Reddit meets Tumblr, except not anonymous. And it was visible to all staff members.

I recognized that the company was trying its best to foster a positive internal culture, and that the creation of the channel came from a great place. Nor was this practice specific to this company. Productboard also does it, and Amazon has an open email thread which operates similarly.

At the same time, I was worried about medical privacy and whether labor law could protect us. I kept asking myself: Can we really trust our employer with this medical data? And why aren’t the C-level people sharing their struggles too?

Fostering employees’ mental wellbeing is in everyone’s best interest. First, mental illness does not discriminate, and most of us will suffer from mental distress at some point in our lives. (80% of people will manage a diagnosable condition according to a study which examined a population-representative town in New Zealand).We’re seeing a cultural shift, with more people willing to break the stigma around discussing mental health, including in the workplace. Second, taking care of employees’ mental health makes sense from a business and productivity perspective. The World Health Organization estimates that depression and anxiety account for a global loss of US$ 1 trillion in productivity each year. They found that for each dollar put into scaled up treatment for common mental disorders, there is a return of four dollars in improved health and productivity.

But while there are a lot of ways in which a company can foster mental wellbeing for its employees, I felt that the most obvious was offering them the right benefits. The mental health Slack channels seemed to take a newer approach.

It seemed to me like they were treating mental health as a diversity and inclusion issue rather than a health issue. These online channels seemed to be rooted in the notion of safe spaces.

However, stakes are higher when these conversations are taking place virtually and thus can be screenshotted, used and re-used by all–leaving their subjects with little agency over the narrative.

Not a stand-in for therapy

One of the main concerns of medical privacy laws in countries such as the USA, UK and Canada is the degree of disclosure to employers. There is the risk that employers might use medical data to make judgments on their employees’ work abilities.

This seems especially risky when it comes to mental health, where stigma is so prevalent. There remains a broader societal bias associating mental distress with incompetency and unpredictability.

The tricky thing about privacy on Slack is that employees writing on Slack are consenting to disclosing their private information. However, it is likely that many do so without realizing the implications, especially if they think of it as a safe and enclosed support network.

I talked to psychologist Sandra Gobin about these risks. Gobin specializes in work-related psychosocial risk. Her firm helps companies assist staff with psychological counseling and a helpline. Gobin’s main concern with non-anonymous, internal forums is that they seem to present “more risks than benefits.” Gobin struggles to see “how that actually helps people, especially when they can find similar forums online that are also anonymous.”

According to Gobin, an internal forum would only be of value if employee privacy could be guaranteed–for example, if they “could share anonymously,” and if the discussion led to professional medical assistance, such as the opportunity to “speak with on-site qualified care-professionals such as psychologists, or doctors.”

At Productboard, a Slackbot called Freud can post anonymously for people. That strategy might work at a big firm, but Gobin warns that it might not actually protect privacy in smaller organizations where employees are easily recognizable.

Gobin worried that these internal forums could become a way for companies to “clear themselves from their primary responsibilities as an employer,” especially if they’re not also creating the very conditions for wellbeing.

This especially resonated for me in the startup world, where employees often juggle many tasks and work long hours in the name of growth or disruption.

Gobin’s ideal setup would give distressed employees access to external counseling, as well as an anonymous helpline–all while making sure that managers are trained to deal with psychosociological risks in the workplace.

It worries me that employees are openly disclosing sensitive medical data on Slack. I believe that we should establish strong boundaries between who we are as individuals and who we are as employees and colleagues. To me, those boundaries delimit the safest spaces. Employers should aim to facilitate their employees’ agency over what they disclose rather than give them the illusion of a utopian workplace that acts as a therapist.

Anecdotally, I once asked my company to switch from a late shift to a day shift as it was taking a toll on my sleep and mental wellbeing. I was turned down. Of course, that is a fair response from an employer–though I can’t help but think it would have been an easier pill to swallow if it hadn’t been for that Slack channel.

Intrinsic Motivation: The Secret Weapon You Need to Stand Out at Work

Finding proper ways to motivate people can be one of the most difficult responsibilities as a manager or team leader. For children, it is often an easy offering of candy or another treat that will arouse their desire to help with household chores or other small tasks. But unfortunately, most adults require a bit more 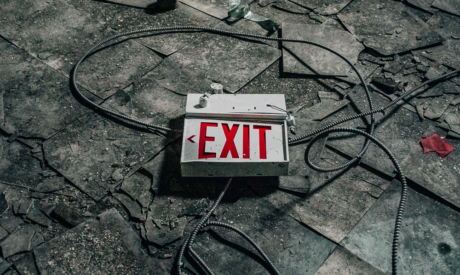 This is a guest post from Toggl Hire’s co-founder – the tool that has helped us to find high-quality candidates for all our positions. At the start of 2018, the average cost to hire a new employee is about $4,000, which is an all-time high. It is more critical than ever to know you have 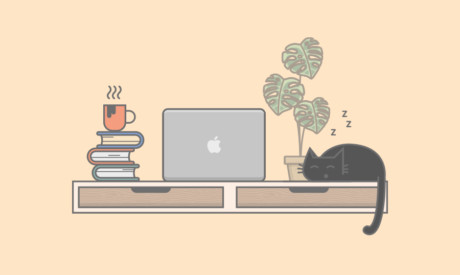 How to Manage Work from Home and Do More than Usual

Some people think that working from home is a perfect excuse for not working at all. I guess they don’t like their job much.