There are many (many!) different theories on leadership and each of them has both strong supporters and vehement detractors. One of these theories is called the Fiedler Contingency Model. Whether you’ve been in a leadership role for years or you’re hoping to make the jump and become a manager soon, this model may be able to help you.

In this blog post, we’ll explain what the Fiedler Contingency Model is and how to use it to find your own leadership style. We’ll also spend some time addressing a few concerns that folks have with the model — just so you stay well-informed.

Sound good? Then let’s dive in and get started!

Fred Fiedler was a scientist who studied the effectiveness of leaders in various group situations. His research led him to develop the Fiedler Contingency Model in 1958 which states that a leader’s ability to lead successfully depends on the control they wield over any given situation and their natural style of leadership.

Fiedler believed that the “best” style of leadership was the style that best matched the situation. He also believed that leaders are unable to adjust their management styles. A leader is who he or she is and will succeed by being in an environment that suits their natural abilities, not by modifying their natural tendencies to fit specific scenarios.

How to Use the Fiedler Contingency Model

Now that you know what the Fiedler Contingency Model is, how do you use it? That’s what we’ll cover in this section. There are three steps you need to take. They are: pinpoint your natural leadership style, determine your current situation, and identify the most effective way to lead.

Let’s explore into each individually.

The first step when using the Fiedler Contingency Model is to pinpoint your natural leadership style. This can be done via the Least Preferred Coworker Scale, also known as the LPC scale, which asks participants to answer a series of questions about the person they least enjoy working with.

Participants are supposed to rate this person on a scale on one to eight in a variety of different areas including friendliness, pleasantness, and supportiveness. Scores are then tallied and a leadership style is determined. Those who score low are considered task-oriented leaders while those who receive higher marks are considered relationship-oriented leaders.

So, think of the person you’ve enjoyed working with least in your career. Once you’ve identified that person, rate them, on a scale of one to eight, on whether they are more:

Now add up your total score to see if you are what Fiedler calls a low LPC-Leader or a High LPC-Leader. Just remember that a “low score” doesn’t mean you aren’t fit for leadership. It simply means that you thrive in task-oriented situations rather than relationship-oriented one.

For example, let’s say you took the “test” and received a score of 45. Since this number falls below 64 (halfway between a low score and a high score), you would be considered a low LPC-Leader. According to the Fiedler Contingency Model, you are best suited to lead when, say, you have a good, long-standing relationship with your team and the project you’re currently working to complete is well-defined.

Next, you need to determine the current situation you find yourself in. This depends on three major factors: the relationship you have with your team, the kind of tasks you’re working on, and your position of power.

How trusted are you by your team? Do they respect you and have confidence in your ability to lead them? Are you able to influence them in a positive way? The stronger the relationship with your staff is, the better. It will put you in a much more favorable position. So ask yourself, “Do I have good relations with my team?” Then be honest with your answer.

The Task at Hand

Think about the task you’re currently working on. Is it clearly defined and structured in an easily comprehensible way? Or is it more vague and unstructured? Also, do you have experience completing this kind of task? Or is this project completely new to you? In general, highly creative tasks fall into the “unstructured” category.

The Power You Wield

This refers to the amount of power you have over your team. Are you able to divvy out rewards for good work and punishments for poor performance? The more power you have, the more favorable your position according to Fiedler. Ask yourself, “Do I really have power over my team? Or am I more of a figurehead?” Again, be honest with your answer.

Once you’ve assessed your situation and determined where you currently stand in regard to each of the three factors listed above, you can move on to step three.

3. Identify the Most Effective Way to Lead

Lastly, you need to take everything you’ve discovered so far and analyze it in order to learn the most effective leadership style in your current situation. The following chart will help you determine this:

Now, to help illustrate the chart above, let’s look at a couple of quick examples. Let’s say that you’ve just been hired by a brand new company to replace a well-liked, recently retired management professional. You’re the new guy, so your team doesn’t quite trust you yet. This leads to a “bad” relationship score.

Furthermore, the project you and your staff are currently working on is highly creative and unstructured. But, as the boss, you do wield a significant amount of power and have the ability to both reward and punish your team as you see fit. By using the Fiedler Contingency Model framework and making our way through the above chart, we can ascertain that you will be most successful in your new position if you are a high LPC-Leader.

But what if the details of your current working situation are different? What if you have an excellent relationship with your team and they trust you completely, but your role isn’t all that powerful? You don’t have the ability to fire employees or even reward them for jobs well done. And what if the project you’re currently working on is highly structured? Using the chart again, we find that a low LPC-Leader is best suited for your position.

Shortcomings of the Fiedler Contingency Model

There are those who criticize the Fiedler Contingency Model, saying that it doesn’t leave enough room for flexibility and often provides a lack of clarity to leaders. Let’s explore these criticisms in greater detail.

A Lack of Flexibility

The Fiedler Contingency Model isn’t really flexible at all. In the eyes of Fred Fiedler, a leader’s style of leadership is based upon their life experiences and is therefore fixed for each person, unable to be modified. Rather than attempt to change a manager’s natural tendencies, Fiedler believed it would be much easier and efficient to simply change the manager instead.

For example, if a high LPC-Leader is currently being asked to lead a group with whom she has poor relationships with, on a project that is unstructured, and is given very little power, Fiedler would suggest replacing the manager rather than allowing her to experiment with a different leadership style.

A Lack of Clarity

The Fiedler Contingency Model is also criticized by some for its lack of clarity. What happens if, after taking the LPC scale assessment (mentioned earlier in step one), you score somewhere near the middle of the range? It would be very difficult to accurately determine what kind of leader you are, thereby making the rest of the leadership assessment results irrelevant.

Or what if your least preferred co-worker (the one you were thinking of when you took the LPC scale assessment) was a genuinely revolting person? The kind of employee that no one could possibly get along with. Every one of your answers on the assessment would be skewed and the results of the Fiedler Contingency Model would be inaccurate.

While the Fiedler Contingency Model may have a few shortcomings, it’s still a valuable tool and can help leaders pinpoint their natural leadership styles while also informing them as to the best leadership and team development tactics in given situations.

To recap, first pinpoint your natural leadership style (are you a low or high LCP-Leader?) using the Least Preferred Co-Worker Scale. Then determine your current situation. Do you have a good relationship with your team and do they trust you? What kind of task are you working on; structured or unstructured? And how much power do you wield over your staff? Are you able to reward and punish them at your own discretion?

Once you’ve determined all of this you can use the chart shown above to identify the kind of situations your natural leadership style is best suited for. Good luck! 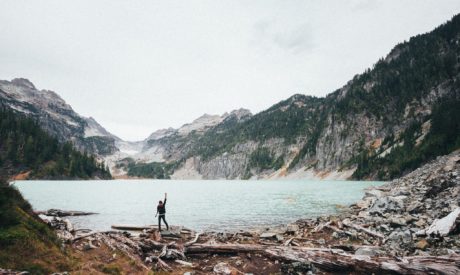 “Oh man, time sure moves slowly when you’re on vacation – maybe I’ll just check my e-mail for a second?” And down the bloody rabbit hole, you go. I have a vacation coming up next week and I have failed to put together a plan for the holidays. Which means I have every chance of accidentally 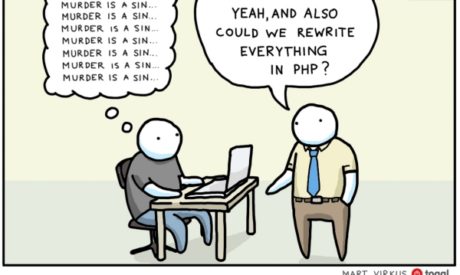 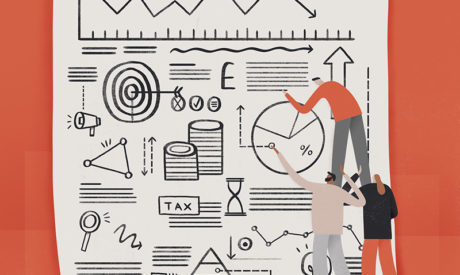 How to Write a Manifesto for Your Business: 5 Must-Know Steps

Wondering how to write a manifesto for your business, as well as why you even need one in the first place?