Not long before my 22nd birthday, I went from being a social butterfly to a prisoner in my own home. No, I’m not talking about working from home during lockdown; this was in 2012, long before that. With apparently no rhyme or reason, I was diagnosed with agoraphobia.

I had gone from being a bright and bubbly bartender who had also worked in sales and recruitment (all very social jobs) to someone I barely recognized.

I would later discover this was part of a greater diagnosis of post-traumatic stress disorder due to my own mother’s passing four years previously. However, at the time it felt like a switch had been turned off overnight and the thought of leaving my house would fill me with fear. Some days, even leaving my bedroom was too much.

From fear to entrepreneurship

It was this inability to leave my house that forced me to think of other ways to bring in an income, not wanting to be reliant on my partner or state benefits.

Writing was something I had always had a passion for. It had never even occurred to me that I could do it for a living–and from home, too! But within three months of being diagnosed with agoraphobia, I had started a little freelancing business writing for clients all around the world.

That business is now an international content agency, complete with staff and an office that is not at the end of my bed anymore. I had pushed myself to work outside my home with the help of cognitive-behavioral therapy (CBT). But as lockdown took over in the UK in March, it became a needs must situation once more.

Lessons from working from home with agoraphobia

I initially dreaded the thought of becoming a prisoner in my own home again, but I realized I had a lot more experience and knowledge than I did all those years ago. So I decided to write up a list of all the things I learned about working from home back then, including mistakes I didn’t want to make this time around.

I truly believe some of these things may be of help to others; whether you’re working from home due to lockdown, your own phobias or anxieties, or even just through choice.

This is probably the most common piece of advice you’ll see in any “working from home” article and not taking it was one of the biggest mistakes I made the first time around. Along with my agoraphobia, I had a crippling depression that made it almost impossible to go about my daily life. The thought of getting up, showering, getting dressed and having breakfast seemed practically impossible. However, the days I did make the effort were the days I saw my productivity and overall well-being increase.

I know that for some, having the energy to even get out of bed is difficult, but even the smallest changes can make the biggest difference. To ensure I stayed on the right path, I created a little checklist of things to do each day. I started small (get up, get dressed) and slowly added to that to-do list until I had a routine that worked for me.

Don’t try to do it all at once, as it can often feel overwhelming. A to-do list of get up, exercise, eat healthily, do all my work, clean the house, see friends, go to bed by 10 pm to get 8 hours sleep, is likely to make you want just to quit it all and skip straight to the bed bit. Take it slow, turn each part of the list into a habit, and then build up your routine day by day. Before you know it, your new routine will just become a way of life.

Alongside my routine to-do list to keep me on track (and remind me to eat), I quickly discovered the importance of planning and prioritizing when it came to my workload. It can be easy to get overwhelmed when you feel as though you have too much to do and not enough time to do it in. When I got overwhelmed, I’d end up just doing nothing instead, burying my head in the sand and hiding away from it all. I knew I needed to organize my workload.

Every evening, I made a list of the three most important things that needed to be done the next day, two that could potentially be moved, but only to the next day, and one that was an “If you really have time.” I made that last task the thing I really wanted to be doing, so it incentivized me to tick the others off the list.

I usually recommend tackling your hardest task first, or to “eat that frog!” as it’s often described. However, if you’re struggling just to get started at all, pick one quick win that you can tick off your priority list to motivate yourself to keep pushing forward.

I often fall into the trap of measuring my success by how long I work! It’s been a bad habit of mine for as long as I can remember. When working from home, it’s even easier to fall into this trap. However, all that happens is that you sit in front of a screen for 12 hours, not really getting much of anything done.

So instead, I started to set myself goals to get things done in a more timely manner, so I could then enjoy the rest of my day reading and doing the things I loved to do.

I used the Toggl time tracker to measure and realized that I may have been sitting on my laptop for 12 hours, but quite a few of those had been spent scrolling through social media. In fact, my priorities could all generally be taken care of in five to six hours each day. I started measuring my success by the number of hours I got back rather than the number of hours I put in, and it was a revelation!

I recently picked up my former bad habits again when lockdown started, so I have been trying to bring time tracking back into my routine. It’s so easy to get carried away and be “always online” when working from home, so it’s important to stay on top of how you’re using your time.

There are going to be days when things don’t go to plan and you feel tired or frustrated. These can trigger negative thoughts of self-doubt (“What if I’m not cut out to work from home?”) which can then further spiral into more negative thoughts (“I always knew I’d fail.”)

But what you have to remember is that not every day is going to be the best, most productive day ever. We go through different moods and energy levels throughout the week–and sometimes even just in the space of 24 hours.

Accepting these limitations is really important and yet another thing I had to learn the hard way when I first started working from home. I became so easily frustrated with myself when I was having an “off day” and often compared myself to the #HustleHarder influencers who seemed to always be productive. If you’re struggling to get work done, step away, preserve your energy and come back fighting harder when you’re feeling refreshed.

Finally, one of the most important pieces of advice I could give to anyone working from home, for whatever reason, is this: Find your support network, whether it’s a virtual network in the form of social media connections or the support of your friends and loved ones. It can often feel very lonely when you’re working from home, especially if you don’t have a lot (if any) colleagues to talk to.

When I first started, I would go weeks without talking to anyone about how I was feeling. It was draining. It was only when I started to open up that I realized plenty of people were feeling the same way. There are even more ways to make connections and build support networks now, especially as plenty of people are in a similar boat. Reach out, provide support for others, and be open to receiving it when you need it most. Trust me, this is a must!

Some of these things were a lot harder to learn than others, and many of them have been harder to re-learn, now that I’m trapped in my house again! However, I know that remembering all five of these lessons will ensure I stay happy, healthy and productive being back at home.

Do you have any of your own tips to share?

Read more: The Toggl Guide to Working from Home 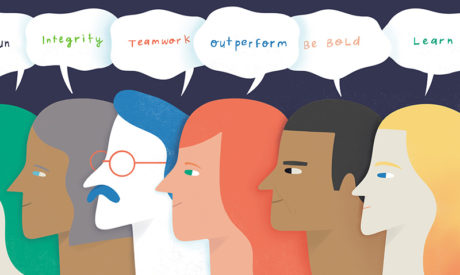 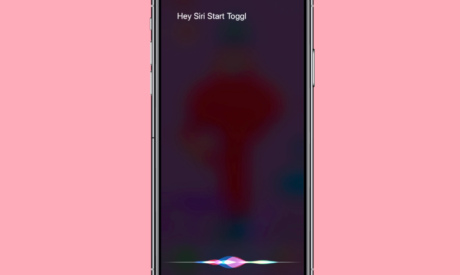 With the iOS 12 update, Apple made a big improvement with Siri, allowing you to customize it and control a lot of your apps through Siri Shortcuts – and that includes our Toggl app! Here’s what you can expect. 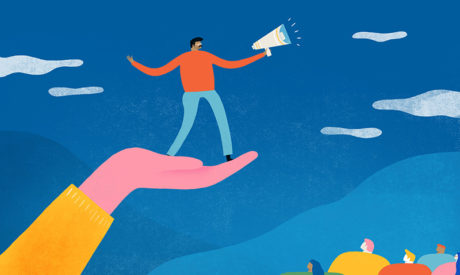 How to Market a Product in 7 Easy Steps

Follow these seven actionable steps to learn how to market your product–successfully.