Recruiting Developers is Hard: But This Hack Changes the Game | Toggl Blog
Skip to content 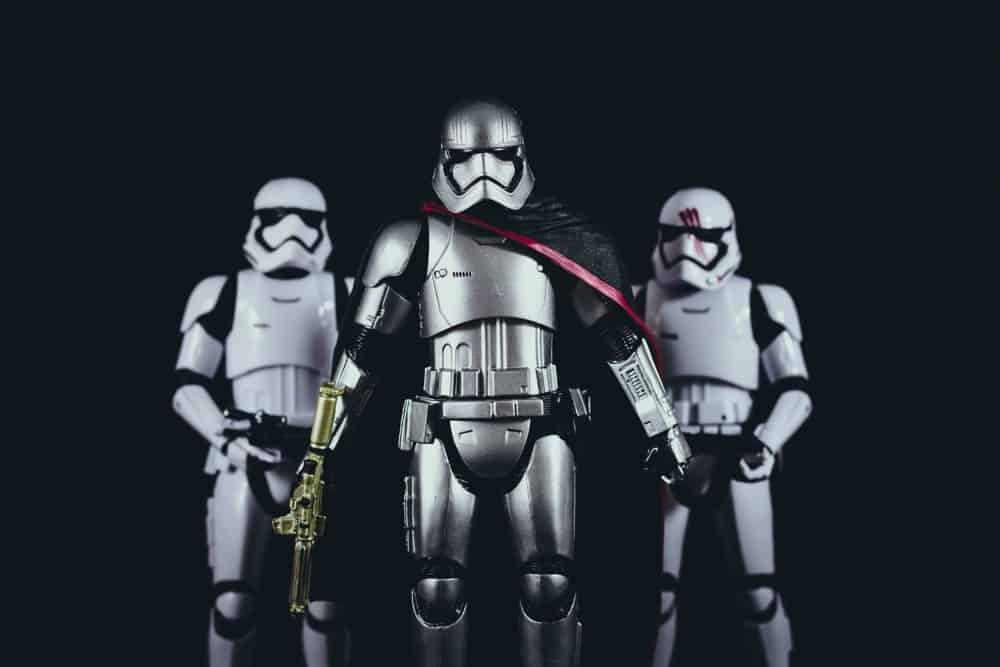 If you run a software company (or any kind of IT company, for that matter), you probably found yourself facing this problem at some point. It seems like recruiting developers – especially good ones – is getting harder and harder.

Surely, it cannot be the case that people aren’t educating themselves to be developers. Yet, new open positions keep popping up every day, and the number of developers seems to be dwindling down.

Developers are really hard to hire

Let’s break some bad news – things aren’t looking too good for the future. Everywhere you look, there’s an opening for a developer position.

The AngelList job board alone has more than 24,000 openings for developers at the time of writing. And it’s not just startups that are hungry for developers in their workforce any more.

For example, BMW is keen on hiring more than 10,000 developers in the next five years. The pool of open positions is getting larger by the day.

If you’re a developer – great news! You can sit back and watch job offers roll in, demand higher wages and choose who you work with. If you’re an employer – tough luck.

Finding a good-quality dev will take lots of work, luck and faith.

Clearly, something is broken in the current system of recruitment and hiring. No longer can you post on a job board and relax, hoping for an influx of candidates.

If you know a developer – just ask them if they visit any job boards. They don’t need to – potential employers reach out to them directly.

As it turns out, some developers get up to 20 calls per day from recruiters asking them to change jobs, often with a significant increase in salary. Forget about recruiters – developers also get bothered by their coworkers, who get a finder’s fee if they help hire them. It is not a novel idea either – in 2013, HubSpot offered $30,000 for people who refer new developers and designers for their team.

It is obvious that something has to be changed in how we go about recruiting developers – time to do away with job boards.

If you’re recruiting developers and rely heavily on a post and pray approach – you’re in for a wild ride. Job boards belong in the history, and here’s just a few reasons why they’re painfully outdated.

The best talent are not on job boards

Top developers, data analysts, financial advisors, writers, whichever position you can think of… Aren’t on job boards looking for work. They already have a job, and chances are they’re pretty happy with it.

Job boards take away a lot of time

Once you post a job ad, you’re bound to get hundreds, if not thousands of applications. Far too many of them will be from unqualified candidates, or those that simply do not meet your requirements. Even if you scan for keywords automatically, processing applications takes a lot of precious time.

No matter how much time you spend crafting a spectacular job description, you will end up with similar results – plenty of mediocre candidates that do not meet the requirements.

In our personal experience, about 95% of applicants from job boards are not a match.

If you’re a responsible employer, you will take the time to process and track each applicant. This means endless communication back and forth. Instead of spending time with your most valuable candidates, you will waste it on those who are not even close to a good fit.

You only get to see resumes

In the ideal scenario where someone applied through a job board, you interviewed them and they’re ready to start in their new position. After a couple of days, they get to work and you find out they’re an absolutely horrible fit.

Resumes are extremely unreliable as a hiring tool, for many reasons. The information can easily be faked, and they only show what a candidate did at some point – not how they did it.

What’s more, resumes are incredibly hard to compare. Even if two candidates have virtually the same education and similar years of work experience, it is impossible to compare their actual performance in the workplace based on resumes alone.

How we hire developers at Toggl

At Toggl, we also faced the trouble of hiring developers for our team a couple of years ago and we almost gave up.

Luckily, we hired some good developers in the last year – more than 20 of them, to be precise. Currently, we have a pool of more than 1000 candidates for each of our developer job openings, as you can see from the screenshot from our Toggl Hire account below:

So how come everyone else is struggling to find developers, yet Toggl can choose who they work with?

We’ll let you in on a little secret – we don’t use resumes at all. We stopped using them in 2013, and we haven’t looked back since.

If you’ve recently visited a job board, you’ll quickly figure out why developers don’t hang out there much. As a way to find work, they’re clunky, outdated and simply difficult to navigate. Each job posting has different requirements and formats, you have to send in a resume and in most cases a cover letter, which should be catered to a specific job post.

If doing all this seems tedious, it’s because it really is – especially if you’re a developer, and chances are pretty high that you already have a job. So why bother going through all this hassle?

As it turns out, developers aren’t too keen on sending in resumes and writing out applications. They don’t have to. However, everyone loves a challenge.

Read more: How to Hire a Backend Developer

At Toggl, for each of our available positions, we created a quiz which we advertised mostly on Facebook and other social channels. Quizzes turned out to be extremely efficient as hiring tools.

Out of the 20 developers we hired, most weren’t actively looking for a job. They just went into the quiz thinking all they have to lose is few minutes of their time. In fact, you can even make it worth their while with an incentive – at Toggl we offer free T-shirts for those with the best results.

This works out great for both the candidate and the employer. There is no stress which comes with the usual job application. There is no anticipation whether they will get the job or not. There are no cover letters, requirements and assessments that make many candidates give up halfway through their application, and reduce the friction that makes recruiting developers so tough.

If they score past your threshold, they get an email notifying them that they’ve successfully applied for a position and they’re going to the next round.

You get to challenge developers

Instead of begging them to apply on a job board or demanding a run-of-the-mill resume/cover letter/portfolio, you can intrigue them with a short, fun, challenging quiz. Do they have what it takes to be a world class developer? Are they an HTML5 expert? The only way to find out is by taking your quiz.

Chances of developers browsing job boards with their first morning coffee are pretty slim. However, they are sure to be on social media. From our own research, you are three times more likely to get a candidate’s attention on Facebook than using traditional methods such as job boards.

For both you and the candidates. As an employer, you’ll quickly eliminate the least qualified people for the job. As a candidate, the test is fun and easy to do. In fact, you could be unaware that you applied for a job at all.

Whether you’re recruiting developers or some other staff members, you’ve probably faced the same difficulties in the hiring process. Come check out Toggl Hire, an app designed to make hiring easy, efficient and fun.

Forget about job boards – get rid of resumes and hire for skills instead! 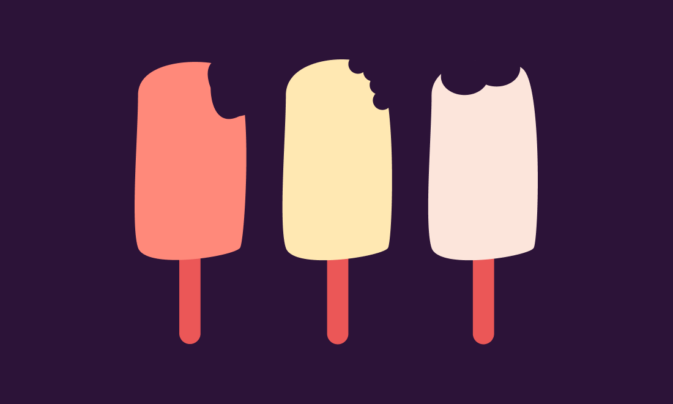 How to attract talent through wellbeing incentives 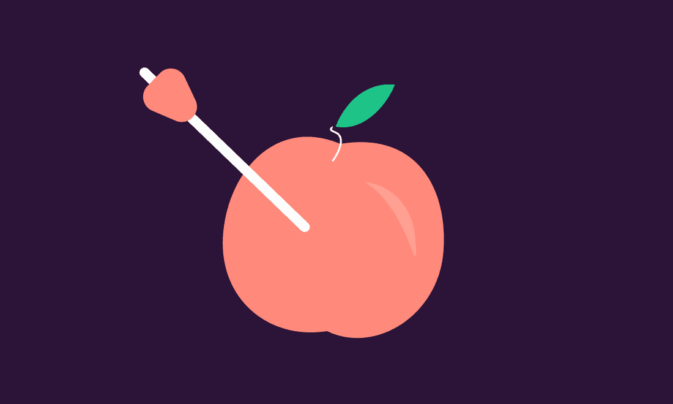 How to Prevent a Bad Hire: 3 Tricks To Reduce Hiring Risk 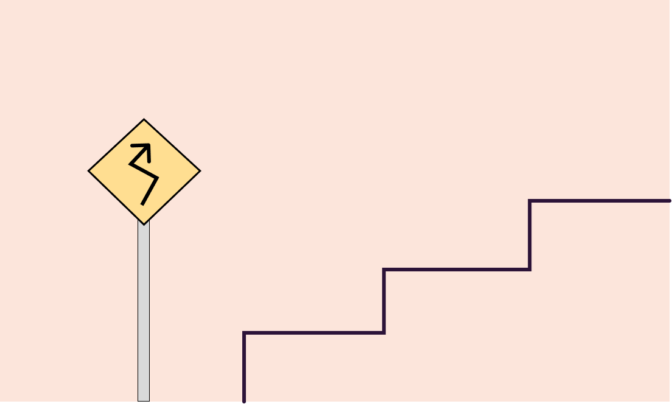 Juste Semetaite
11 min read
Projects Managing projects gets a little tricky at times. Check out our resources to learn how to run your projects better. Check it out Talent Acquisition Finding recruitment a bit of a struggle? Dive into our resources to get the latest scoop on creative hiring tactics and techniques! Check it out Time, time, time! Manage your time better to get the most out of your day. Learn how to manage your time better and claw back those vital hours. Check it out Business Growth For those who are just starting up or taking your small business to the next level, we feel ya 😬 Check it out
Share This: